New slots games November 2020. November’s new games are preparing to be released. This month we are expecting some fantastic games so keep an eye for them in the casino lobby. The month’s new slots will make all players at Mr Green casino happy. You will also find some of these games in other online casinos.

Christmas games are rolling out.

Just like the original, this version is a 6-reel MegaWays™ slot featuring Falling Wilds Re-Spins, a Wild on Wild feature, and Free Spins with 3 Bonus Win symbols. The game is played with 11769 MegaWays™, different bet values, coin values, and bet levels.

Let it snow winning chances! Christmas is the most wonderful time of the year, and players can enjoy this feeling all year round thanks to the exciting new online casino game Santa’s Riches™! This 5-reel slot game has 20 win lines and is full of the Christmas spirit as Santa pulls colourful presents and fantastic features out of his sack. Not only is this slot a Christmas extravaganza, it is also extremely innovative: Players have the chance to unlock an additional reel, win lines and extra features with every win! Enjoy the holiday season today on Greentube’s Home of Games!

Giza Infinity Reels slot from Yggdrasil Masters Partner, ReelPlay studio, takes us to Giza, to one of the seven wonders of the world in Egypt, where wealth is buried in the depths of the ancient city. This slot features infinity reels and buy-a-bonus and a big win of up to €250,000.

Titan Thunder Wrath of Hades boasts gorgeous graphics and tons of exciting features, including 3 fixed jackpots a Bonus Buy Feature and the chance to win up to 15,000x! And for the first time ever, multiple RTPs will be available!

Travel to ancient Greece and immerse yourself in a high-end drama straight out of Greek mythology with Titan Thunder Wrath of Hades.

Twin Spin Megaways™ is a 6-reel MegaWays™ video slot with the Twin Reel feature, Free Spins and the Avalanche™ feature. MegaWays™ slots contain a random reel modifier which varies the symbol height on each reel with every spin. In this way, the number of ways to win varies every time you spin, making the game super unpredictable and giving players the chance to land spectacular wins! With Twin Spin MegaWays™, we’ve married this great mechanic to one of NetEnt’s hit IPs with explosive results! The game is playable across all devices and operating systems, and a great playing experience is guaranteed no matter the device you’re using.

More new games will be added as soon as we know so don’t forget to call back and check out the latest in new online slots games at Slots Online News.

Header Photo by Photo by Lee Thomas on Unsplash 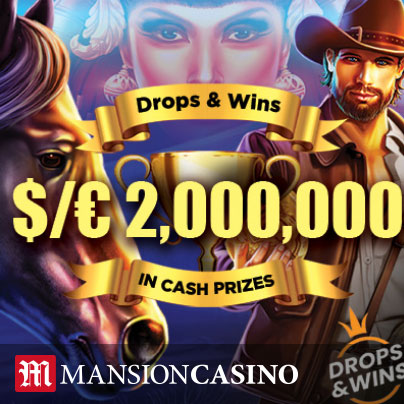 There are also daily prize drops, so make sure you’re in it to win it!

Each and every Tuesday 32RED will be giving away unlimited amounts of Red Ruby Rewards on selected online slot games. Happy Ruby Tuesday! Opt in and get double loyalty points on Selected: Space Enigma, Attack on Retro Hyperspins, 9 Pots of Gold and/or Treasure Skyland.